Summer feels like the perfect time to read an article about trends in women attending cultural events in person. From Lollapalooza to baseball season to the US Open, Summer was made for large-scale cultural events, and it feels like our social media feeds are filled with pictures, check-ins, and posts of friends and family who are enjoying themselves at these events. As part of the POPSUGAR Insights Content, Culture, and Commerce study, we surveyed over 1,500 women between the ages of 18-44 and asked them to tell us which cultural events they attended in person in the past year. 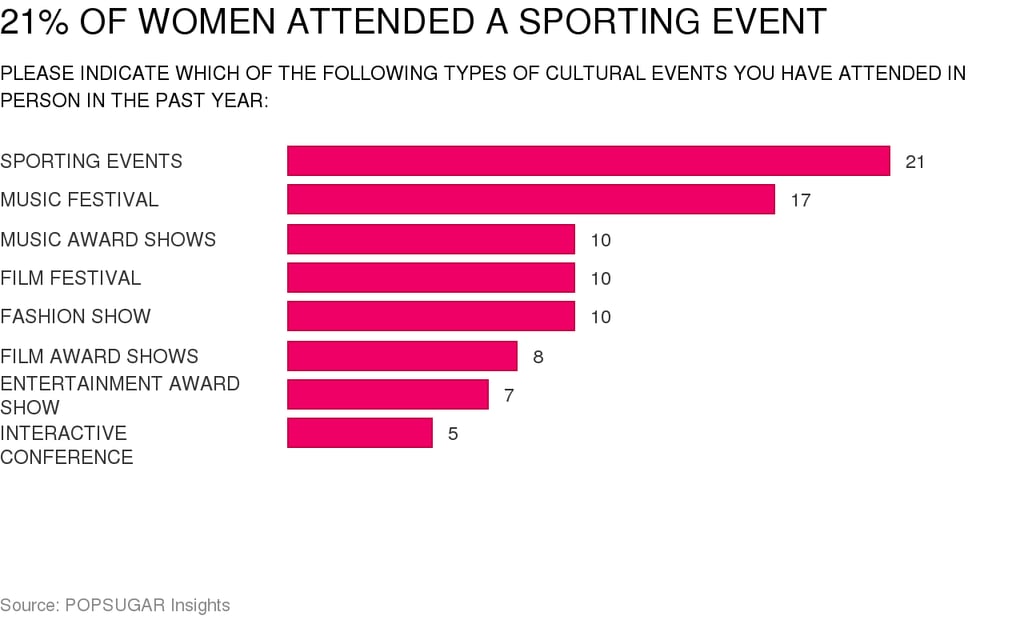