As part of the 2015 POPSUGAR Insights Food study, we surveyed female visitors to POPSUGAR to better understand their grocery-shopping behaviors. One of the areas that was of particular interest was identifying the decision drivers that propel women to try new foods, discover new brands, and shake up their weekly kitchen routine. 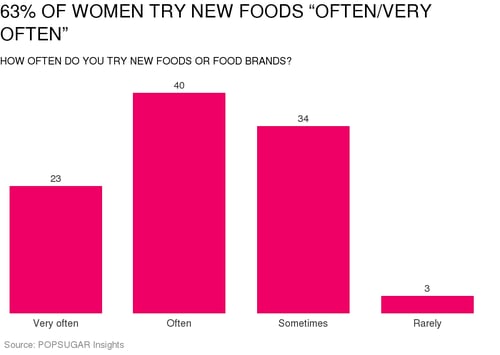