Wedding planning is hard work and hardly the most fun part about getting married. From deciding a on theme to deciding who (or who not) to invite, it can be a team effort. POPSUGAR Insights recently surveyed over 1,200 married or engaged POPSUGAR readers to learn how they planned for their big events. 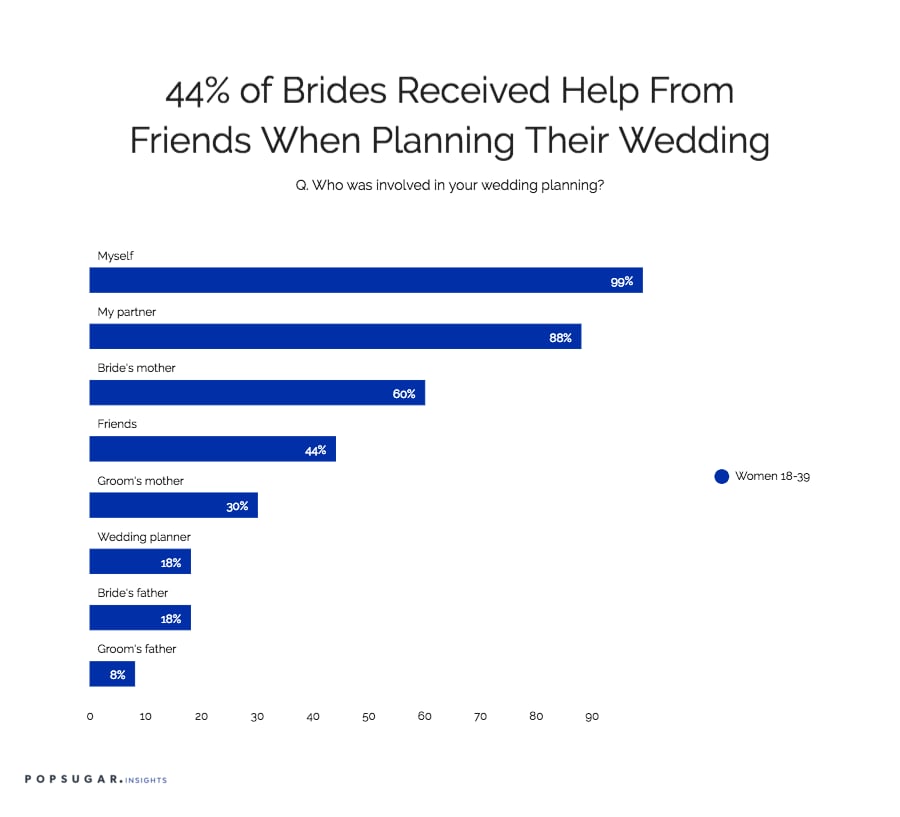